A Few of My Favorite Things: Men Wearing Pink and Thinking about Genetic Testing 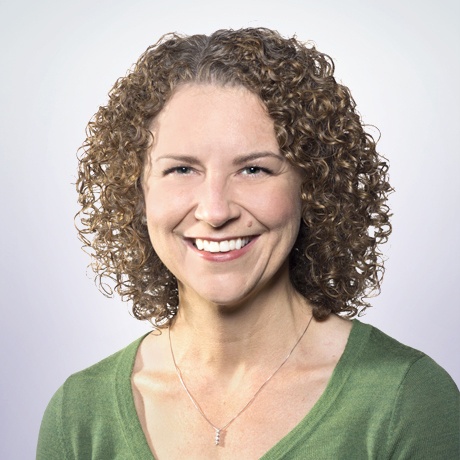 Like the song suggests, many people consider “raindrops on roses and whiskers on kittens” a few of their favorite things. For me, I have some year-round favorites (my family, friends and 2-year-old golden retriever, Butterbear), but many of my favorite things are almost always associated with October: the autumn season, changing leaves, pumpkin-everything, cool crisp weather, a favorite sweatshirt, football games and of course, men wearing pink.

I have seen some criticism on the overuse of the color pink for breast cancer awareness. But as a cancer genetic counselor who primarily sees patients for personal and family histories of breast cancer, when I see the pink socks, pink ties, pink shoelaces and pink football jerseys take center stage in support of breast cancer awareness, research and support, it truly gives me the same warm fuzzy feeling that I get when I break out my favorite sweatshirt for the first time that season.

However, seeing more men wearing pink every October also leads me to ask, “Is that really enough? What else can men do to help support the cause that women (and men) fight every day?” While I personally don’t have the solution on how to end breast cancer, there is one way I believe men can continue to help the cause: pursue genetic testing for themselves.

About 10% of all breast cancer is due to a hereditary predisposition; specifically, a gene mutation that puts an individual at a much higher risk for breast cancer and possibly other cancers. The most common mutations associated with this hereditary predisposition are found in the BRCA1 or BRCA2 genes. However, even though men and women can carry one of these mutations at the same rate, women are three times more likely to get genetic testing compared to men. This disparity grows when looking specifically at the BRCA1 and BRCA2 genes: women are 10 times more likely to get this kind of genetic testing compared to men.

This gap is extremely unfortunate given the valuable information that genetic testing for hereditary predisposition to cancer can provide -- not only for men themselves (men with BRCA mutations are primarily at a higher risk for prostate cancer and breast cancer) but also for their female relatives. These family members may be at risk for the same familial cancer gene mutation, and thus at a much higher risk for breast cancer and ovarian cancer.

Finding out if this hereditary predisposition to certain types of cancer exists is step 1, but individuals shouldn’t stop there. Both men and women can actively participate in screening options, with the goal of early detection by starting at earlier ages and increased frequency than what is typically recommended for the general population. For women, there are even surgical options available to help prevent cancers from happening in the first place. These screening and surgical interventions are typically covered by insurance.

Let me also dispel the misconception that genetic testing for hereditary cancer predisposition is expensive. Most health insurance covers genetic testing when there is a personal and/or family history of breast cancer. For those who don’t have insurance or might not have a personal or family history of cancer, there are patient assistance programs or self-pay programs that make testing affordable. As a genetic counselor, I inform patients that cost should never be the main concern for individuals who wish to be tested. We will work to find a program or out-of-pocket option that will fit with each individual situation. We are no longer in the days where hereditary cancer genetic testing costs is thousands of dollars; rather, we are now at a point where it is typically hundreds or less.

So, as I retreat to thinking about “my favorite things,” most of which happen in October, I am going to make a mental note to add “breast cancer genetic testing in men.” That’s right men -- like an audible in a football game, I am calling you out. It’s time to get off the bench and get in the “genetic testing game.” My hope is that come every October, when you are filling out your weekly fantasy football roster and pulling out the pink socks, ties and jerseys, you also sign up to talk to a genetic counselor about breast cancer genetic testing. This will not only help yourself, but it will also provide an extra boost in the fight against breast cancer. It’s the fourth quarter and we all need you in this “game” if we are ever going to win the fight against all breast cancer.

If you’d like to talk to a genetic counselor about your risk for cancer, schedule now by clicking here!